We observe as Reeflowers, planted aquariums are becoming more popular and spreading in national and international platforms day by day. Correspondingly many countries organize contests on designing planted aquariums. Those designs, conspicuous by their beauty, contribute spreading aquarium hobby and growing the sector.

Therefore, we aimed to contribute development of the aquarium sector in Turkey and the world by organizing this contest under the guidance of Mustafa Erdoğar who has been taking various roles in international contests (participant, jury member, substructure consultant) for years and prepared the substructure of Turkey's first international quality contest: ADist Planted Aquarium Design Contest.

Our jury consist of precious aquascapers (who has proved themselves by aquascapes they designed in national and international areas) and notables of the sector. 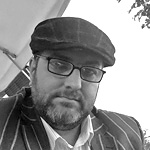 He was born in 1976, İstanbul. He has been interested in aquariums from eight years old. In 1995, he gravitated to saltwater world and consantrated on that field. Muharrem Çeribaş who worked as finance manager at a private company after finished his education; has been continuing his business life as Reeflowers CEO since 2009. 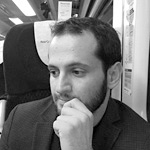 Born in 1982; computer engineer. Yelkenci Group CEO Eren Yelkenci (who has been in textile sector for 12 years) has been interested in aquariums from early ages and established Reeflowers with Muharrem Çeribaş in 2009. 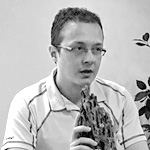 Mustafa Erdoğar ( born in 1981, Eskişehir) who's completed his education in “Environmental Engineering” and “Department of Business”, continued his aquarium hobby with planted aquariums and became specialized by working on aquatic plant ecosystems in 2004. Early 2008, aquascaping works he saw, directed him to spend all his time and energy for this art joining with his visual skills and abilities. Mustafa Erdoğar's (who is jury member of international contests and has many articles and translations about aquariums, aquascaping and aquatic ecosystems) aquascapes was granted awards&certificates many times. In addition, he took an active role in designing many world-famous award winning aquascapes and contributed to spread aquascaping by getting on various media organs in Turkey and foreign countries through nonprofessional “ADist” group which was established by Mustafa Erdoğar and his aquascaper friends in 2010.

Mustafa Erdoğar has started to work with international aquarium and pond additives manifacturer “Reeflowers” as Art Director and Project Consultant since 2015. Now, beside working with Reeflowers; he is projecting natural designs, organising workshops, seminars and courses in collaboration with various companies in outland and inland. 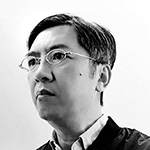 - More than fifteen years aquascaping experience with graphic design and photography background. Like to explore new idea on nature aquascaping.
- On 2006, Co-founder of a pineer aquascaper group Creative Aquascape Union
- On 2011 publish "Aquascape - A piece of Living Art" in English and Chinese version 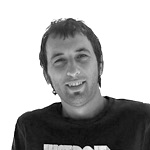 Today Serkan Çetinkol (who has a collection of aquatic moss more than 40 varieties), established www.mossdepo.com to continue his study in that field. 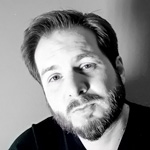 Lives in Hamburg/Germany with his girlfriend and daughter. He has started Aquascaping very late in 2012 and he immediately felt that was what he was missing all those years before. He was always interested in art and felt a huge love for nature, but it did not came into his mind to create a new artform which combines both passions. 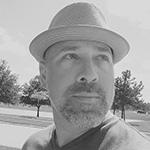 She regularly conducts master classes on design of aquascapes and biotope aquaria. 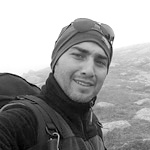 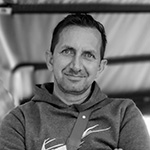 Piotr was born in 1975 and lives with his family in a beautifully situated part of Poland - the Masurian Lake District. He has a special passion for aquascaping and nature photography, which is shown through numerous contests he partook in, such as: AGA Aquascaping Contest, Scaper’s Tank Contest, The International Aquatic Plants Layout Contest, Ista IIAAC Contest, Planted Aquarium Design Contest and many more local ones.

What's more, in 2015 on the pages of "The Aquatic Gardener" Luca Galarraga made an interview with him on the subject of nature photography and its' uses in creating hardscapes.

Piotr also has experience in judging. Contests in which he was a part of the jury are as follows: Nordic Scapers Hardscape Challenge (NSHC), CAL Aqua Labs and roslinyakwariowe.pl (CALRA). 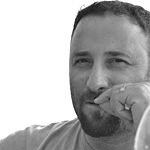 1976, Rize Born. He began hobby by feeding goldfish in an aquarium which his father bought in 1984. He setup different styles of planted aquariums and paludariums in time. He was interested in Malawi, Central America and Amazon fish species. He began to attend international contests with the nano tank made by ADist. 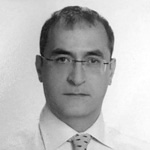 Tevfik Uslu who was born in İstanbul, 1965 met planted aquariums and aquascaping in 2008. Ensuing years, he presented his researches and experiences about planted aquariums and aquascaping to hobbyists for development of those branches by tens of articles. Tevfik Uslu began to attend international contests until 2009 and took his first award in 2010.